skip to main | skip to sidebar

This is an archived blog site.

Thank you for viewing this archived blog site. It is part of the arts and community work collection of Sand T Kalloch. The information on this blog site may be out of date.

A GREAT PLACE TO DO BUSINESS - The Mayor handed out this two-sided 8x11 flyer at a conference he attended at Harvard University on Tuesday May 11, 2010. He addressed a group of entrepreneurs from China who are here visiting as guests of the Chinese Cultural Council and US Asia Business to explore possible business opportunities in this country.

Click on the image to see the larger version: 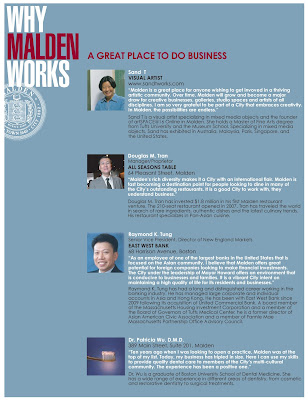 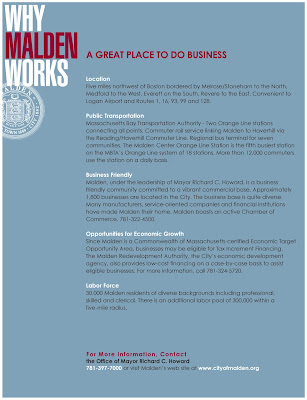 PHOTOS from the FIELD: Ose Manheim, Winner of the "Features of Malden" Art Contest 2009 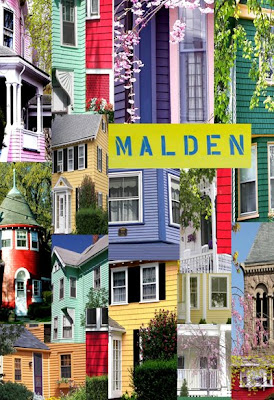 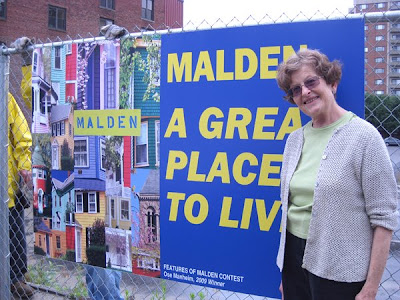 Ose Manheim with her award-winning work, a colorful photo collage of various houses in the community. Photo by Sand T 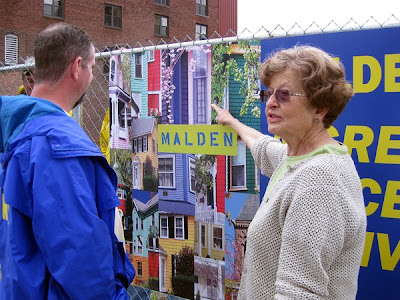 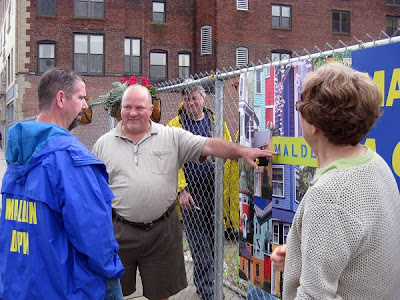 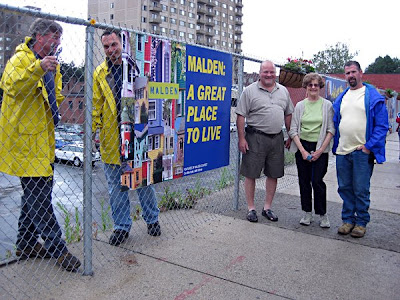 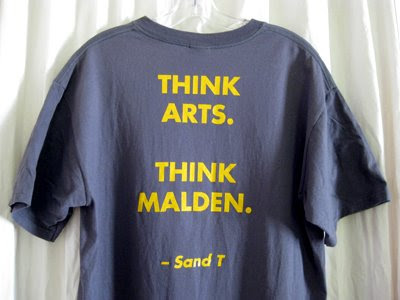